Beyond words #MilleMiglia with #JaguarMille - The House Of Cars

Earlier this month I was in the middle of the most beautiful week of my life, and, despite the fatigue caused by four hours’ sleep per night, I did nothing but think and rethink how to describe what it was to follow #TheMostBeautifulRaceInTheWorld, #LaCorsaPIùBellaDelMondo: la #MilleMiglia.

Only few words came to mind: awesome, beyond words and enthralling.

A big problem because these adjectieves in the end do not describe anything.
I will start with a phrase I found in the welcome letter on the bed in my hotel room the day before I started:
“The next four days will be gruelling, exciting and will offer you memories you retain for the rest of your life. You will be driving a fantastic new Jaguar car and will be chasing Jaguar sports cars that were made famous in the original Mille Miglia race event.”

All of this proved true since my arrival in the city with a visit to the Fiera. Hundreds of cars worth millions of euros. A place where mechanics and pilots were busy making final checks before leaving the next day. The world’s most valuable traveling museum was ready to leave. And I was ready to go along with them for the first time in my life. 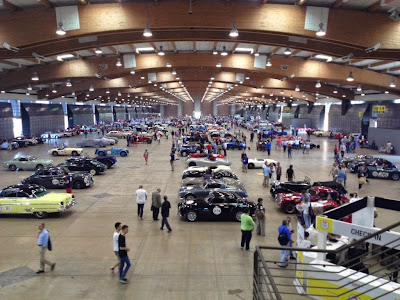 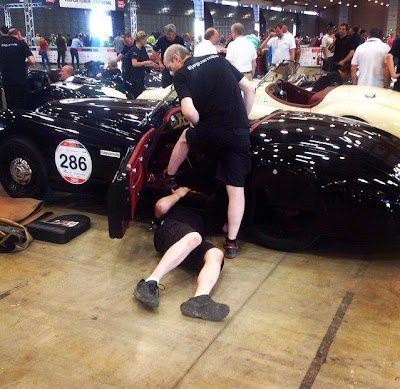 Since the first stage of Thursday everything was clear: a thousand cars including historical race cars and support vehicles through the streets of the city of Brescia, ready to cross the lower part of Veneto and Emilia Romagna. Rumbling, smoke, heat, all in one street in the centre of Brescia: Viale Venezia.

My itinerary aboard a Jaguar XE (an amazing car that needs no excuses against German rivals) expected to follow some parts of the race then taking the highway to get to strategic points before the passage of the nine-car official Jaguar Heritage team.

So we set off on the road after witnessing the departure, in the direction of Verona. Nothing unusual so far.Until the first refueling stop in the countryside of Ferrara where people were crammed to see the historic cars (which have thirsty appetites) to refuel, admire them up close, feel the rumble at the restart, see the evolution first hand that we have witnessed in the automotive world. 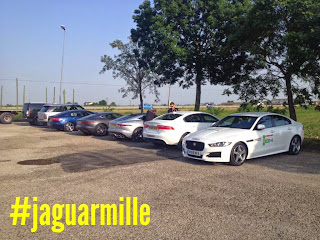 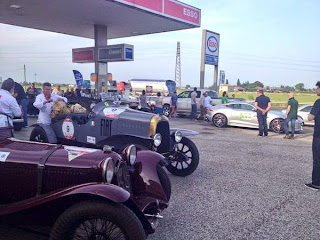 The second day started with a bang. We headed to the historic center of San Marino. And here it was possible to admire the car trudging upward in the hills San Marino, with a breathtaking view. We went on to seaside resorts and the historical streets of Macerata and Teramo then head, with snow visible on the Gran Sasso, to Rome with a parade in front of Castel Sant’Angelo and Olympic stadium. 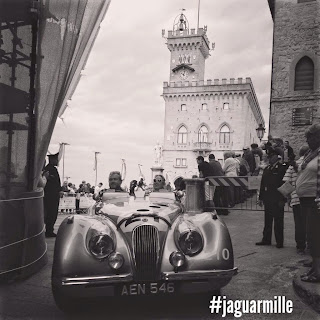 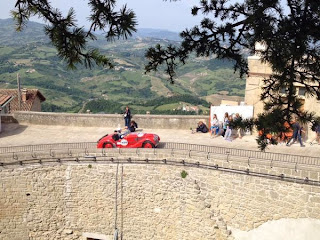 So far you probably think this is a nice ride, but fairly ordinary.

Almost true. But remember one of my original thoughts: beyond words.

The third day was the day that I remember most in my heart. I was most excited or even moved.
The departure from Rome at 7am was an early start but cross the hinterland of Lazio and the Tuscan one with the endless hills, the villages set at their feet and the view of hidden manicured lawns, of cypress trees on boulevards, on houses, through the ancient villages along streets made even narrower because of the crowds gathered to see the cars. 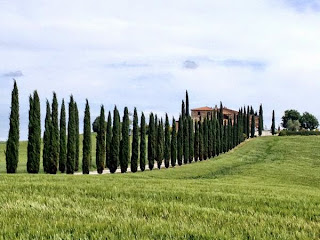 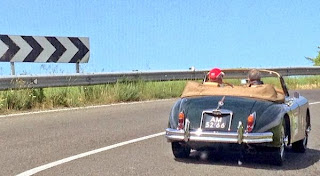 The crowd. Yes. After the landscapes, the crowd is perhaps the most beautiful thing that makes the Mille Miglia what it is. Unique. Although it is true we love cars, we can see them in various motor sports events. No other event goes through half of Italy: no other event has so much to discover; no other event attracts so many people. In no other event does the race, the real one, become irrelevant.

No other event excites the children so much, who reach forward to touch the hand of us privileged, lucky, crazy, call it what you like, sitting in cars. We said hello to them with high fives through the open windows. They excitedly turn to their fathers, mothers and grandparents saying: “He touched me! He greeted me! I touched a Jaguar!”

Or even more when, with a stop at the gates of Pisa, our convoy of Jaguars saw some curious children, attracted to these new cars rare to see in Italy. With interiors so well crafted, the LED lighting, the gear selector that rises from the centre console when the ignition starts, or the Start/Stop button beating like a heart asking you to fire up the engine.

For us, the third day was then concluded with a pass on the highway Cisa: the convoy of Jaguars and Range Rover all lined up to race to Parma, following the road as it slalomed from left to right and leaving behind other motorists attempting to follow us. Our car’s audio system played music from James Bond car chases: It was like a movie.

Fourth and final day. We had yet another early start, but with a number of firsts: the passage from Villa Reale in tribute to Expo, around the track at Monza, passing through my town and finally arrived in Brescia.
In Brescia, the finale. With the race cars exhausted pilots exhausted, the bonnets open to cool the engines, and the doors to cool the interiors, beer, a bite to eat.
The rankings at the end don’t really matter. Only the emotion. Beyond words.
And of course, the glamour, luxury and such meticulous organistion by Jaguar. Fit for Queen Elizabeth, and I’m not exaggerating at all.
Beyond words.

Can we skip to the Good Part? #snow #alps #bergamo

There has been a problem with your Instagram Feed.