EVANTRA MILLECAVALLI: The Most Extreme Supercar Hand-made in Italy - The House Of Cars

Earlier this year I had the opportunity to visit a company that would be unheard of by anyone but the most avid petrolheads. Mazzanti Automobili: a supercar manufacturer  “hand-made in Italy”, based in the outskirts of Pisa. Nothing to do with the “Via Emilia trio” that produce supercars, but in series.
“For every screw there is someone who screwed it in place” was the phrase that most struck me and that inspired me my story about the visit, with the history of the realization of the dream of 41-year-old Luca Mazzanti, the founder of the company.
The exclusive tailormade model with an expected production of 5 units per year is called Mazzanti Evantra (here the link of the post) and its design lines were inspired by the profile of the Tuscan hills. It produces 751 horsepower from its 7.0-litre engine. 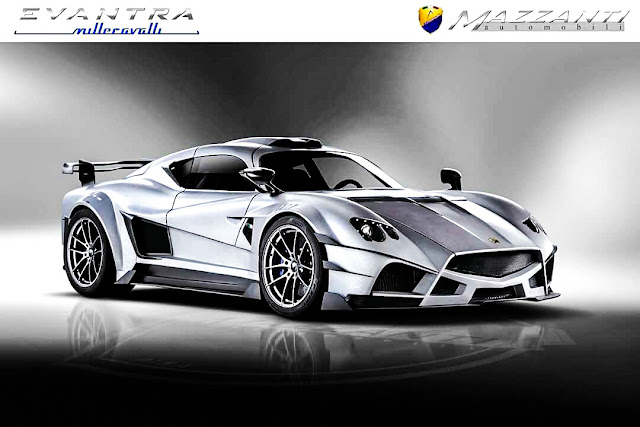 During the visit to the workshop, in a new part of the building recently purchased, I had seen what would have been the new version of Evantra. Even more extreme in test phase, with the dies of the new aerodynamic body. I wasn’t allowed to take photos and was asked to remain tight-lipped, till now.
The presentation of the new creation “made in Pontedera” began in December, with the first of 10 video teasers, which have gradually unveiled the features of this work of art under construction that I had seen and finally I can tell you about.
It starts with a new badge: an evolution of the previous one. Same shape, gold and blue background with the stylized compass, along with the tricolor Italian moved up, with the inscription Mazzanti Automobili in the middle and at the bottom the city name of Pisa.

The codename of the new car project was Project Ev-R. The target of Mazzanti team? Raising the limit. Creating the most extreme road Italian car of all time, in which each component is designed and checked to maximise performance. In English it’s called a hypercar – beyond a supercar.
It starts from the new airfoils, with huge work done on the layout, using some technologies from the fields of aeronautics and Formula 1. For example, the wing tip, which allows you to convert a passive force to active with the flow of heat generated extracted from the engine and directed beyond the rear wing. 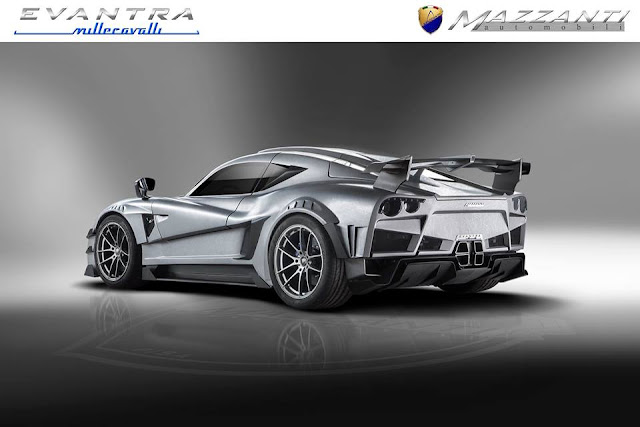 Then there are the wheel-tracks, widened by 10cm, (yes, 10 centimeters, not millimeters), new OZ-designed rims specifically for this model, Pirelli Trofeo R tyres and Brembo carbon-ceramic discs with six-piston calipers that reflect the blue of the Mazzanti badge.
The body is made of carbon fibre and new exhausts – now four instead of two – forged by hand, just to remind us that even in all the details Mazzanti are “hand-made in Italy”.
The last teaser, which followed soon after the previous one, fortunately, was the one that made the car perhaps most desirable. Those relating to the numbers of the most extreme Italian road hypercar ever.
– 0-100kmh in 2.7 seconds;
– New engine: 7.2-litre V8 biturbo; 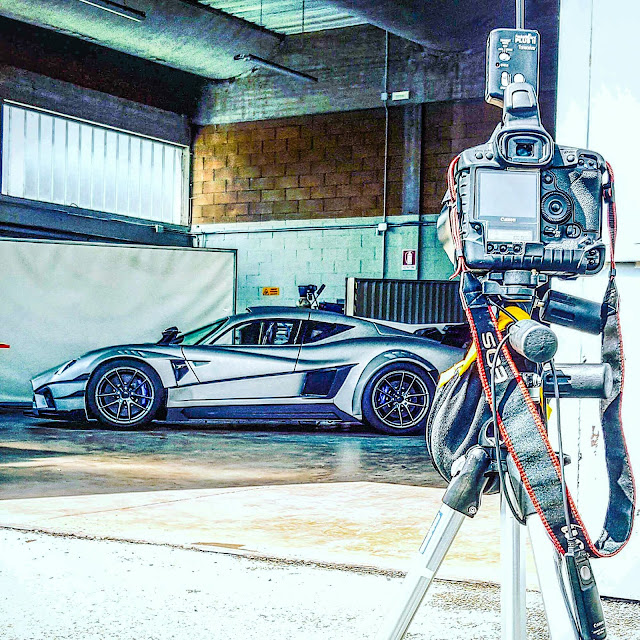 And the power? It’s written in the name chosen. Unveiled with last teaser: Millecavalli. One thousand horsepower!
Mazzanti Evantra Millecavalli. A four-wheeled dream whose world premiere you can see at Parco Valentino, which runs from June 8-12 in Turin. A dream, hand-made in Italy, with only 25 to be produced.


“Changing can be uncomfortable because of the feeling of uncertainty. On the contrary, evolving is something natural, right and proper..” Luca Mazzanti, founder of Mazzanti Automobili
Here’s the link to find out how the dream of Luca Mazzanti came true. Mazzanti Evantra: “for every screw there is someone that screwed it in place”.

Back to the Sunday Habits! “Per Atalanta Bergama